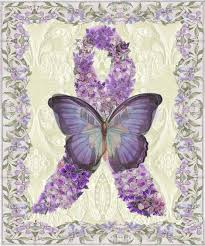 Fibromyalgia is a complex, chronic health problem. Its chief symptoms are pain or tenderness, especially a tenderness or soreness that is made worse when touched. Fibromyalgia is also indicated when fatigue, poor sleep, memory and cognition issues (often called “Fibro-Fog”) and severe moods are present.

Other symptoms can include headaches (tension and migraine), digestive issues, pelvic pain, jaw or face pain as well as depression and anxiety.

Fibromyalgia can be tricky to diagnose.

Typically, patients who experience fibromyalgia have symptoms that can have multiple causes. To make things even trickier, there is no fibromyalgia test.  Frequently, diagnostic tests will be ordered to ensure that other diseases or injuries are not the cause of the symptoms. These could include x-rays and scans such as MRI and CT scans.

In addition, there is not even a single “cause” of fibromyalgia. It has not been found in gene studies, but it may run in families. For many patients, there are triggers to fibromyalgia. These can include injuries or other diseases, or even stress. For other patients, there appear to be no significant triggers.

Doctors will ask you where you are feeling pain, will ask you to describe the pain’s intensity and will often touch or palpate parts of your body to see how your body responds to slight pressure and touching. Doctors will also want to know how long you have been experiencing the major symptoms (pain, fatigue, mood disorders and cognitive issues); typically a 3 months’ duration is necessary before a fibromyalgia diagnosis can be reached.

Fibromyalgia pain needs to occur on both the left side and the right side of the body and should also not be isolated to one small area.

Physicians have to rule out a whole host of other diseases before definitively diagnosing fibromyalgia. As a result, many physicians are still hesitant to diagnose fibromyalgia.