Muscle cramping often happens to people in their leg muscles during the nighttime. Charley horse cramping presents the same symptoms, but most often during exercise. And, whether it is cramping due to exercise or cramping at night, there’s an overlap incauses and symptoms. Note: nighttime cramping is not the same as “restless legs.” Restless Leg Syndrome is more of a general discomfort disorder while cramping is both painful and sudden.

A Charley horse is when muscles suddenly tighten up; the calf muscle at the back of the lower leg is most commonly affected. A 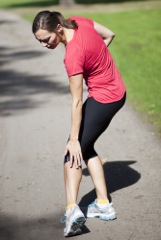 charley horse presents as an uncontrollable spasm that is often brief, but can last up to several minutes — but not more than 10 minutes.

The Merck Manual says that almost everyone will experience muscle cramping at some point. Cochrane reviewers estimate that 1 in 3 people get cramps of the leg. For most people, the muscle contracts painfully without lasting problems. For others, however, the cramps can be severely painful and leave some muscle pain for days.

Overall, doctors and scientists agree about the following regarding muscle cramps:

Treatment of muscle cramps is about preventing and managing them with self-care, as there is no evidence that any drug treatments work.  Other options have been investigated, but lack scientific results.; they might not help with a muscle cramps but may have a wider benefit. These include:

It is likely that using “charley horse” to describe a muscle cramp comes from informal American sporting talk dating back to the 1880s.

A story cited by the American Dialect Society says that in a 1907 edition of The Washington Post, the term was apparently used for a baseball pitcher named Charley who had muscle cramps during games in 1880.

Other than some informal baseball history, there is no particular reason that a Charley horse has its name, but when you say you have one — nobody questions what it is or how it feels.