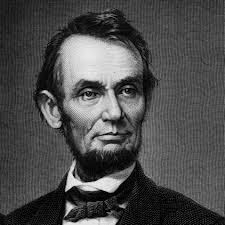 On President’s Day, it is a good time to reflect on the life of Abraham Lincoln. Lincoln appeared to suffer from clinical depression, and yet others were drawn to him. Amazingly for Lincoln’s time, those around him accepted his dark moods and did not stigmatize his mental illness. Had his peers and family rejected Lincoln’s depression, we may have been robbed of one of our greatest leaders ever.

Lincoln certainly faced unspeakable personal trials and probably the greatest challenges any U.S. president has ever had to face: the literal break-up of the nation. These facts alone would give him permission to be “down” sometimes. But Lincoln, just like many who face depression, would even be gloomy at what would seem to others the happiest of times: his first triumphant nomination for President, for instance.

Lincoln’s dark moods were infamous. His friends called him melancholy. He was known to cry in public and to even talk about suicide. Lincoln told a confidante that he didn’t carry a knife in his pocket, because he was afraid of the consequences. When Lincoln’s friends feared for his safety, they would band together to check in on him regularly.

Lincoln’s depression besieged him before effective drug therapy or talking therapy were helpful or even in vogue and so he did not have these in his arsenal in his great battle.

But Lincoln’s depression did endow him with three incredible gifts: the need for introspection, the desire to be productive and compassion for those who suffered.

What is most inspiring is how Lincoln used his depression to actually do great things. Lincoln would spend time in solitude, because he just couldn’t handle having to deal with people. It was during these introspective times that Lincoln worked out complex problems and heart-wrenching decisions. Lincoln’s wisdom actually was an outgrowth of his aloneness, which was a result of his depression.  Perhaps his depression created an inward thinking process that allowed him to be a visionary.

Lincoln also had a great desire to accomplish something and to find some meaning in his life, even if it sometimes felt like torture. In order to be productive, Lincoln began to establish daily routines of learning, of working, of doing. He discovered, as so many who suffer from depression do, that having a routine, whether it is work, voluntarism or just a daily task list, forces a person to just keep going on, despite the brain’s message to quit or ruminate.

Finally, Lincoln’s depression gave him insight into all who suffer. It appears that his adversity gave him the strength to battle the evil spread of slavery, when others could allow it to continue to run its course. He truly believed in his cause, considering it a moral imperative.

For fascinating reading on Abraham Lincoln’s depression, we recommend  Lincoln’s Melancholy: How Depression Challenged a President and Fueled His Greatness