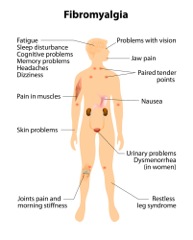 Researchers in Spain recently concluded a review involving fibromyalgia patients that show measurable benefits of dietary changes that could be a potential drug-free intervention helping to ease the symptoms of this treatable but incurable disease.

According to the review, conducted by scientists at the University of Granada, researchers suggest that fibromyalgia patients would benefit from a specific dietary regime and supplementation, including the elimination of certain foods from their diet, including gluten. The researchers discovered that many fibromyalgia patients were found to have nutritional insufficiencies that potentially aggravated the condition.

Weight management, too, may be very helpful in fibromyalgia management, as many patients are found to be overweight or obese, and those experiencing worsened symptoms tend to be more obese than those with less severe symptoms.

Fibromyalgia, also referred to as FM, is a chronic disorder characterized by widespread musculoskeletal pain, fatigue and tenderness in localized areas, is the most commonly diagnosed musculoskeletal condition after osteoarthritis, according to the National Institute of Arthritis and Musculoskeletal and Skin Diseases.

The study analyzed the benefits of a gluten-free diet on patients suffering simultaneously with fibromyalgia, irritable bowel syndrome (IBS) and celiac disease. Sufferers of FM often times experience multiple chronic conditions including irritable bowel syndrome and celiac disease, which the Spanish study sought to correlate and address. Recent studies show that eliminating gluten in one’s diet can impact fibromyalgia, IBS, and celiac disease occurring simultaneously in people, also known as comorbidity. Comorbidity is the presence of one or more additional diseases or disorders co-occurring with a primary disease or disorder.

IBS is a common gastrointestinal functional disease wherein chronic abdominal pain or discomfort is accompanied by diarrhea, constipation, defecation urgency and bloating. Fibromyalgia patients are often affected by IBS, according to the Spanish researchers, stating that, “…32 to 70 percent of people with fibromyalgia have IBS.” Celiac disease is a condition where the small intestine is hypersensitive to gluten, leading to difficulty in digesting food.

The study, conducted by Drs. Carrasco, García-Leiva, Calandre, and Slim, compared a group of 178 fibromyalgia patients to a control group of 131 healthy participants. The data from the fibromyalgia group was then compared to data in the literature on IBS and celiac patients.

The researchers found that those with fibromyalgia have a higher incidence of fatigue, depression and memory loss than celiac patients. They have a lower incidence of anemia. But in all other aspects — especially gluten sensitivity — they were very much like celiac patients. Based on this, the researchers concluded that food sensitivity might be a cause or contributing factor to a large portion of the symptoms associated with fibromyalgia.

We feel very strongly that chiropractic treatment offers opportunities for pain reduction for many of our patients. That is why we consider chiropractic care to be an important part of the multi-dimensional care options we provide.

Chiropractic adjustment, manipulation and therapy have been found to be highly effective complementary treatments for:

Our chiropractor uses these primary tools to aid in your rehabilitation and recover, as well as pain reduction:

Chiropractic Adjustment and Manipulation consists of manual therapy, performed by hand to the spinal joints or other articulations of the body, including the back,neck, ribs and extremities. Adjustments may also be rendered using the advanced Impulse Adjusting instrument. Chiropractic adjustment is designed to relieve pain, diminish muscle spasms, restore joint function, increase mobility and increase range of motion.

Disc Compression/Flexion Distraction/Cox Therapy/Traction are related manipulation treatments that are utilized to decompress spinal joints and discs. We use specialized equipment to coordinate hands on treatment with decompression traction to the spine. These techniques are used for treatment of disc problems, facet joint syndrome, lumbar stenosis, scoliosis and spondylolisthesis.

Massage Therapy/Trigger Point Therapy/Myofascial Release, Active Release Technique: These hands-on techniques are applied to areas of muscular pain and tension. They are used to help mobilize the soft tissues and adhesions, and  include deep pressure and stretching procedures applied to sensitive points that are commonly found in the muscles.

Spinal Core Stabilization: These are exercises and stretches, prescribed to help strengthen the muscles that support the spine for improved control of body movements. Stabilization exercise works to help relieve pain, improve flexibility and limit the chance for re-injury and further bouts of pain. 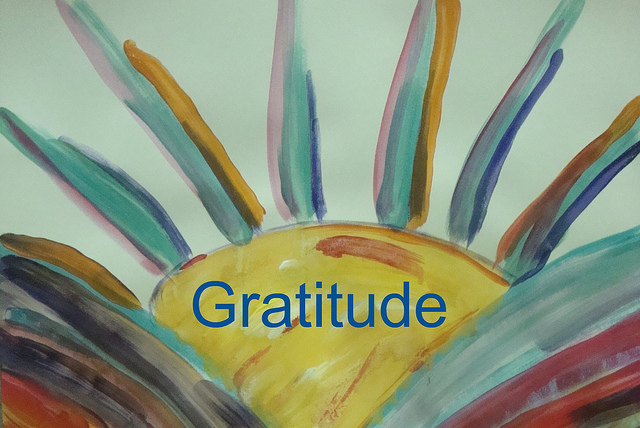 We have patients who have told us some of the actual ways that pain has changed their lives for the better. Here are some of their anecdotes with their names changed to protect their privacy:

“Susie” has suffered cluster headaches on and off. She told us how her headaches forced her to simplify her life, creating working hours that were more nine to five and giving her the ability to say “no” to commitments that before, she felt obligated to say “yes” to.

“Jack” is a recent back pain sufferer. In the past, he used to have a frenetic schedule, filled with things that he loved, like time with friends and family and things that made him less than thrilled like constant errands, work-related socialization and a house he was renovating for resale. When his back problems began, he hired contractors to do the house renovation. He realized that he really could find others to do some of the physical work that he couldn’t rely on himself to do anymore, pain-free. The monetary cost was worth his heath, he decided. Now, Jack is more willing to delegate certain tasks to a select group of people whose standards match his.

“Evelyn” retired years ago, but her fibromyalgia has become more complex. She related to us that lots of things used to bug her in the past: slights from relatives and friends, minor spats with her husband over chores and bills and waiting in lines or on hold. Now that she has to treat herself with kid gloves, slowing down, not overdoing it and being really planful of her time, these things seem much less important than her overall health and well being.

We don’t wish pain on anyone. But we have seen that patients who are able to be positive even as they experience pain are typically motivated to live full, meaningful lives. Furthermore, they are excellent partners with their health care team as we work together towards their recovery and healing.